Not so much a ‘streak’ as at least the second win of the summer league!

Under threatening skies, last Tue, the team pulled off a win against Aldershot Meths 6 sets to 3.   In fact each rubber was much closer than the final score would suggest and it became quite a long and drawn out match.   Thanks to strong play from ‘partnering-with-Kevan-brings-out -my-best’ Jacqui, which helped secure their three winning rubbers, Tim and Juliet held onto 2 and Richard and Tam, having a bit harder time, won an important 1 rubber.   A satisfying result.    Well done the Mixed! 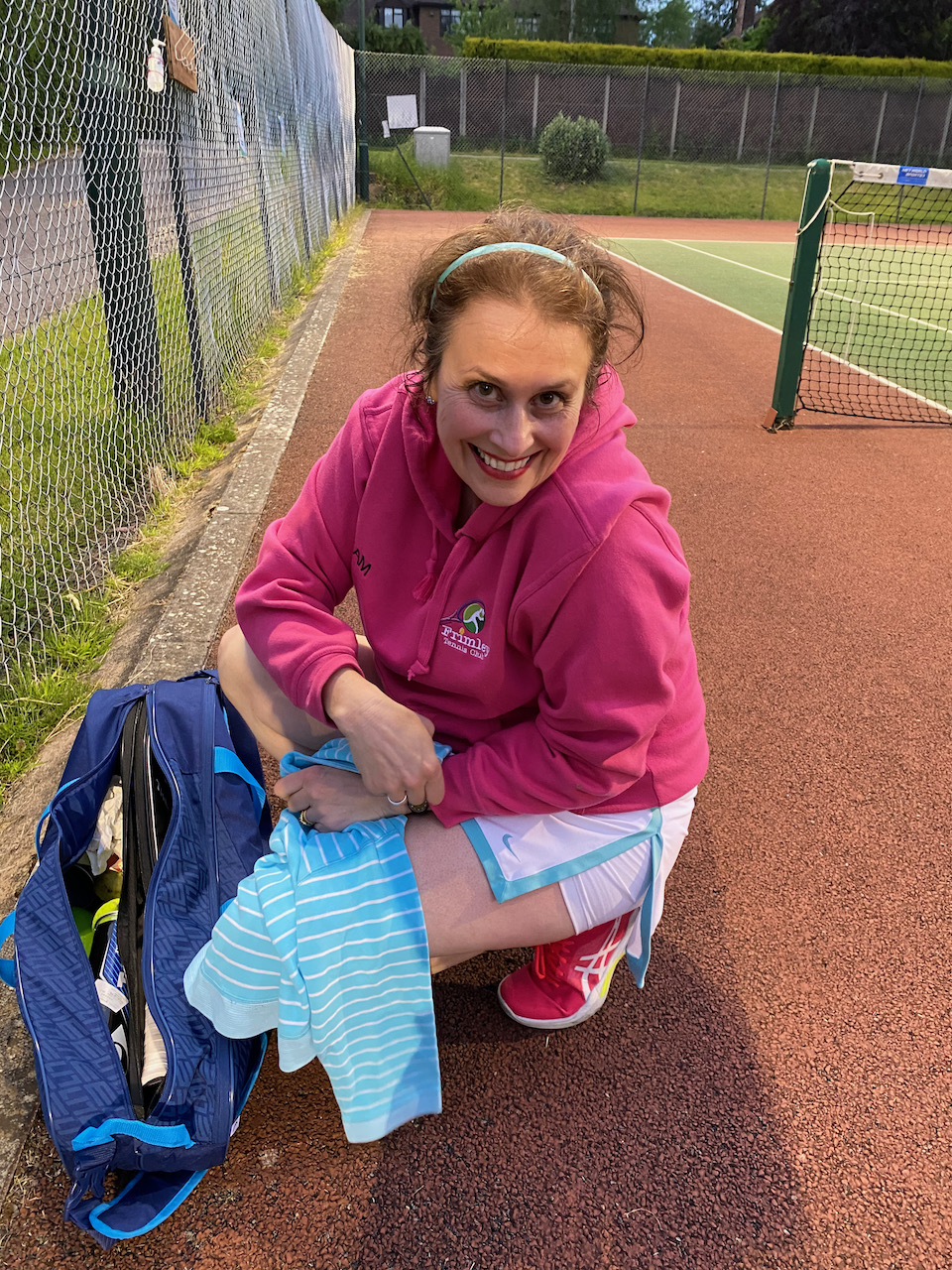 Jacqui buzzing,   A happy team,  Richard, happy but declines the post-match interview and Tam relaxed and full of smiles after the last rubber 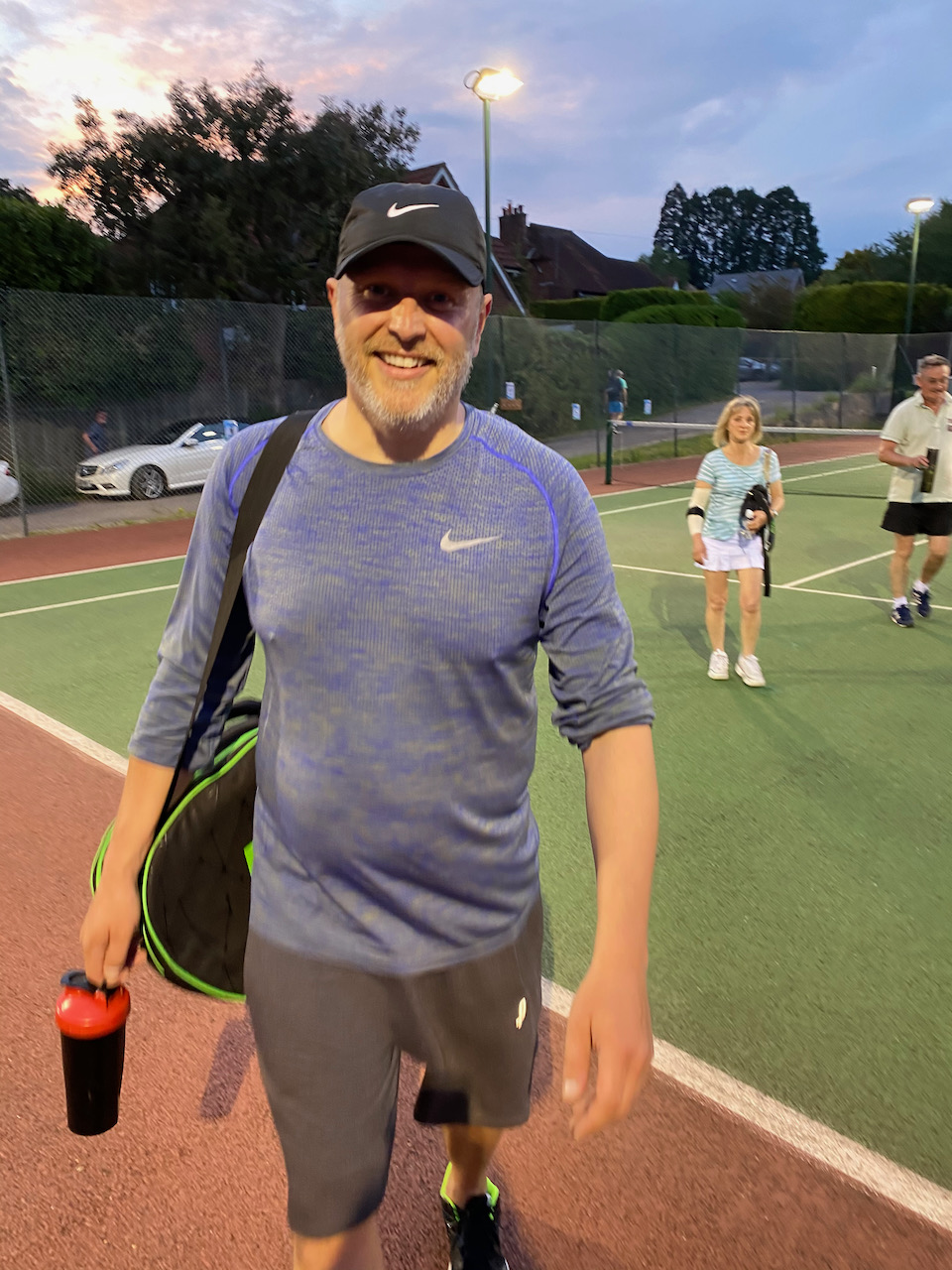